As lead and zinc were the primary minerals mined in the tri-state area, those working in the mines were exposed to tons of toxic dust every single day. At the time, silicosis and tuberculosis were the top two diseases that miners dealt with. Symptoms of silicosis include shortness of breath, a persistent cough, and difficulty breathing. Those who develop silicosis are put at a higher risk of getting tuberculosis; and in 1912, the death rate for tuberculosis in Jasper County was “over 200 per 100,000 residents.” The Public Health Service conducted a report in Jasper County around the same time and found that 30 percent of miners had a form of silicosis, the worst cases having worked in the mines for over 15 years. They also found the work conditions for workers were horrendous and put workers and their families at heightened risk for developing disease. Popular news press and radio stations at this time began calling the tri-state area “America’s plague spot” due to the large number of diseased deaths due to toxic living conditions. 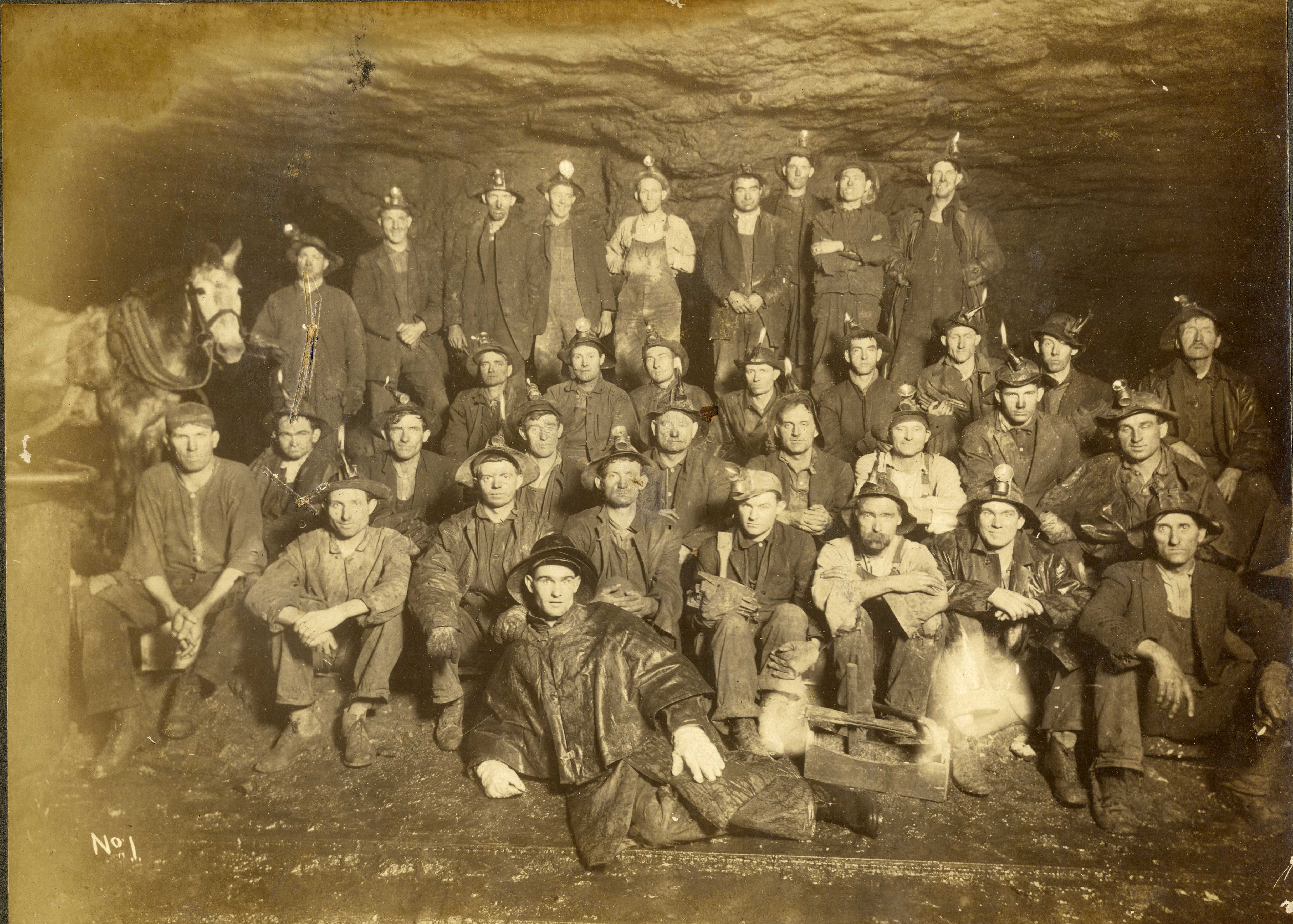 A group of hard rock miners gather for a photo in 1910. Workers can be seen wearing both carbide and sunshine lamps. A mule can be seen in the background that was used for pulling cars of dirt to the mineshaft. Mine unknown. 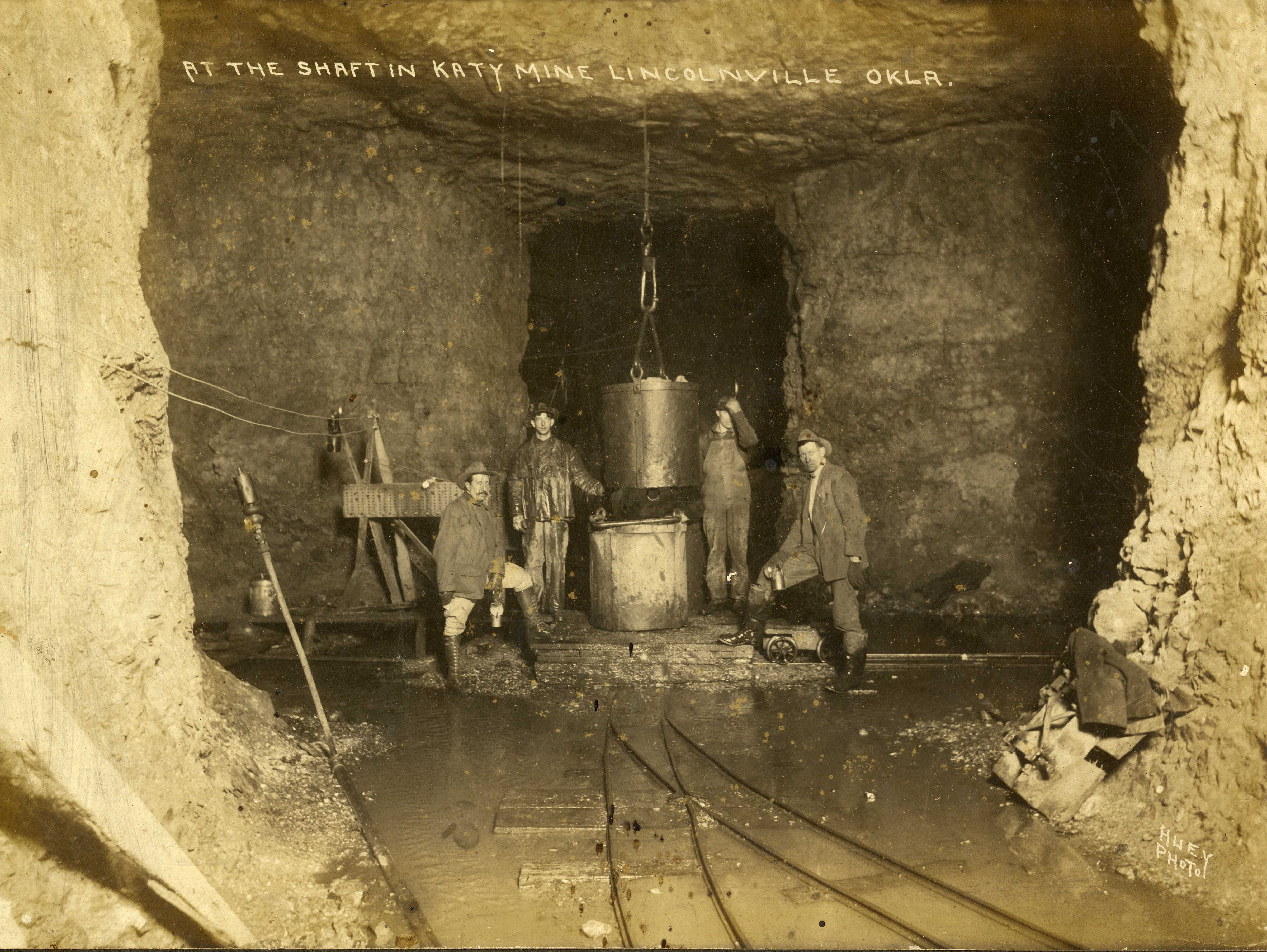 Four workers pose for a photo in Katy Mine, located in Lincolnville, Oklahoma. Minecart rails can be seen, along with a bucket about to be pulled to the surface. Workers were bumpers and hookers. Date unknown. 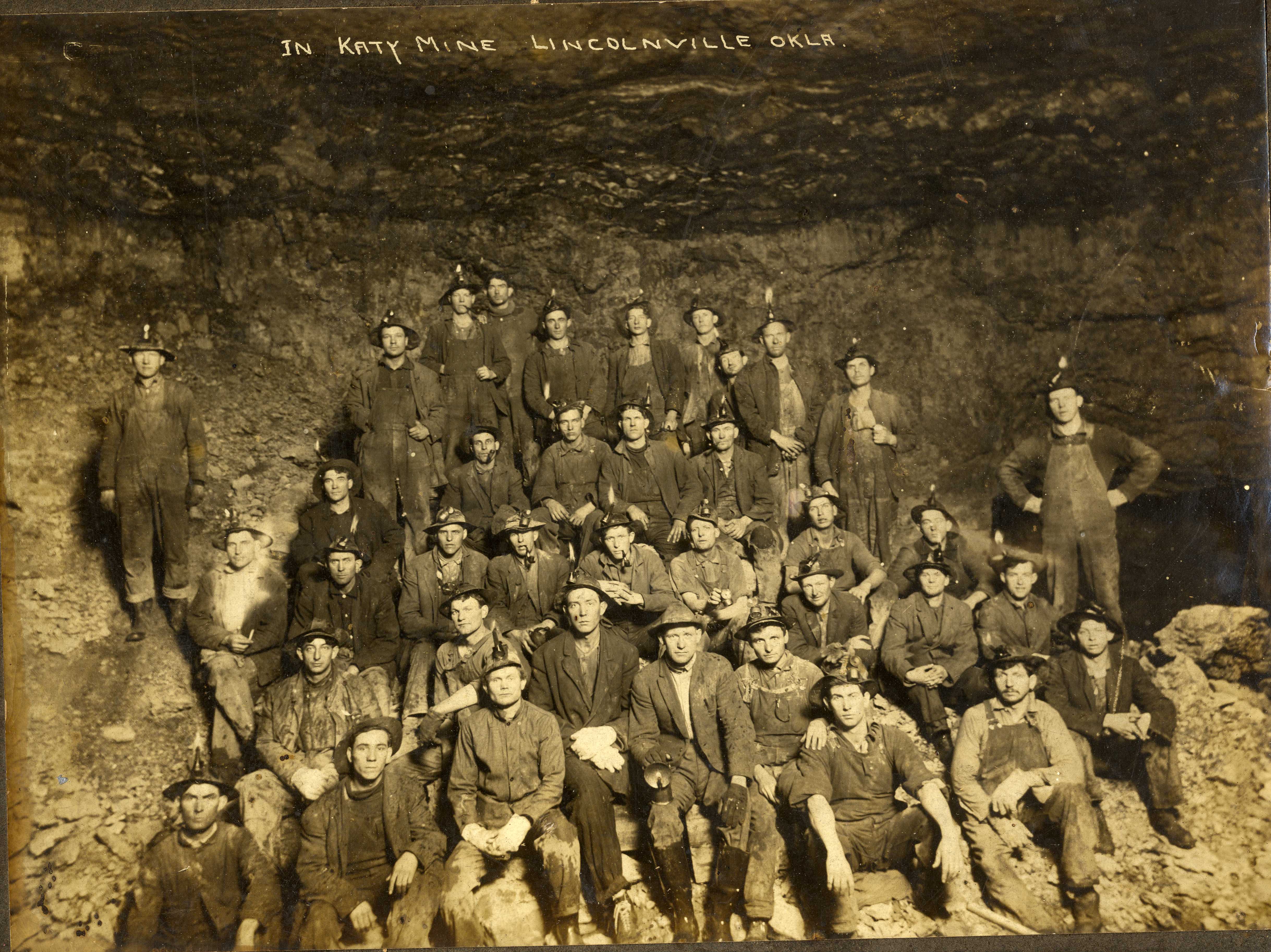 A group of miners gathers for a photo in Katy Mine, located in Lincolnville, Oklahoma. Date unknown. 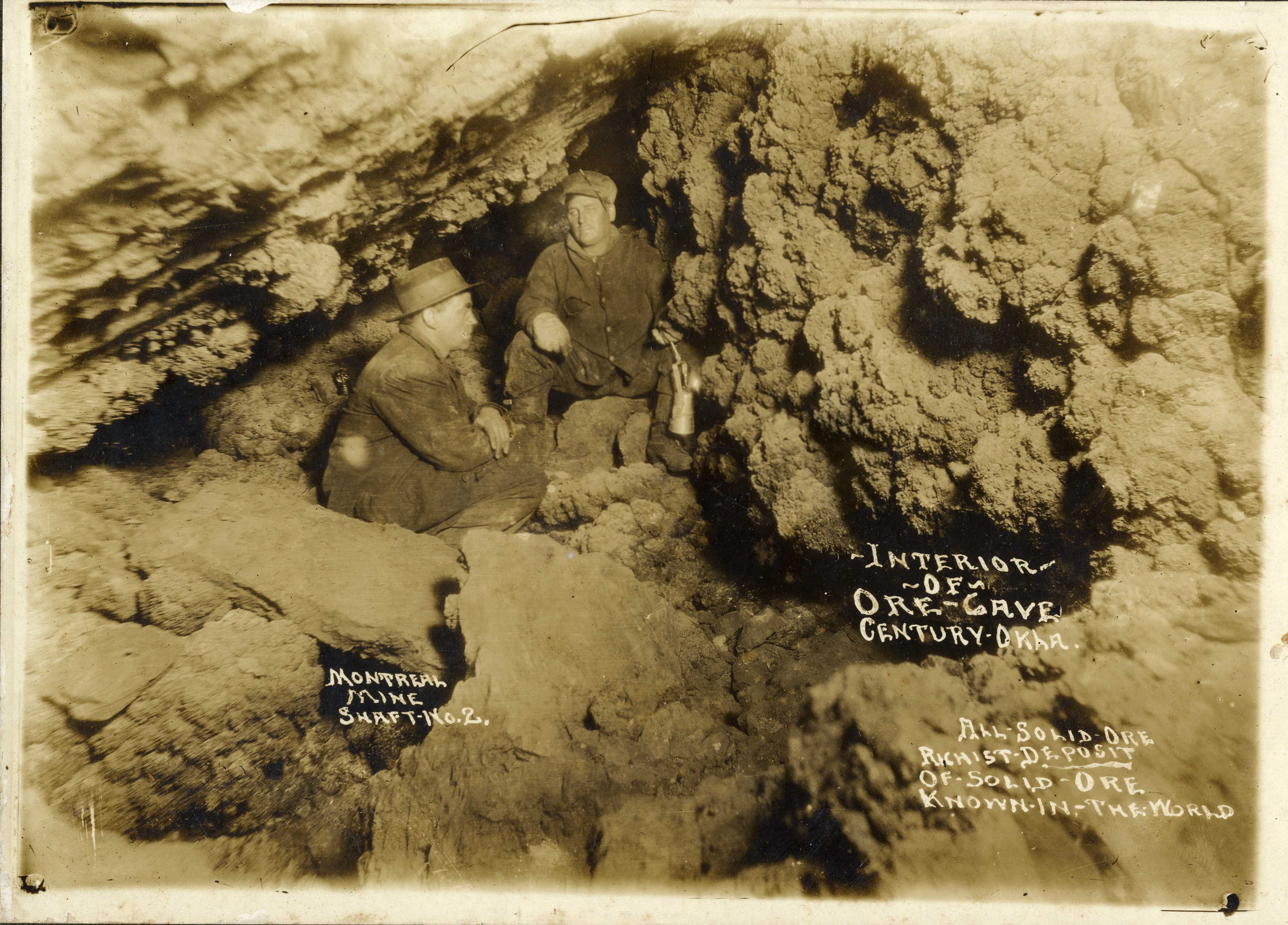 Montreal Mine Shaft No. 2

Two men can be seen sitting in Montreal Mine Shaft No. 2. This was the interior of the Ore Cave. At the time this was the richest deposit of solid ore known in the world. 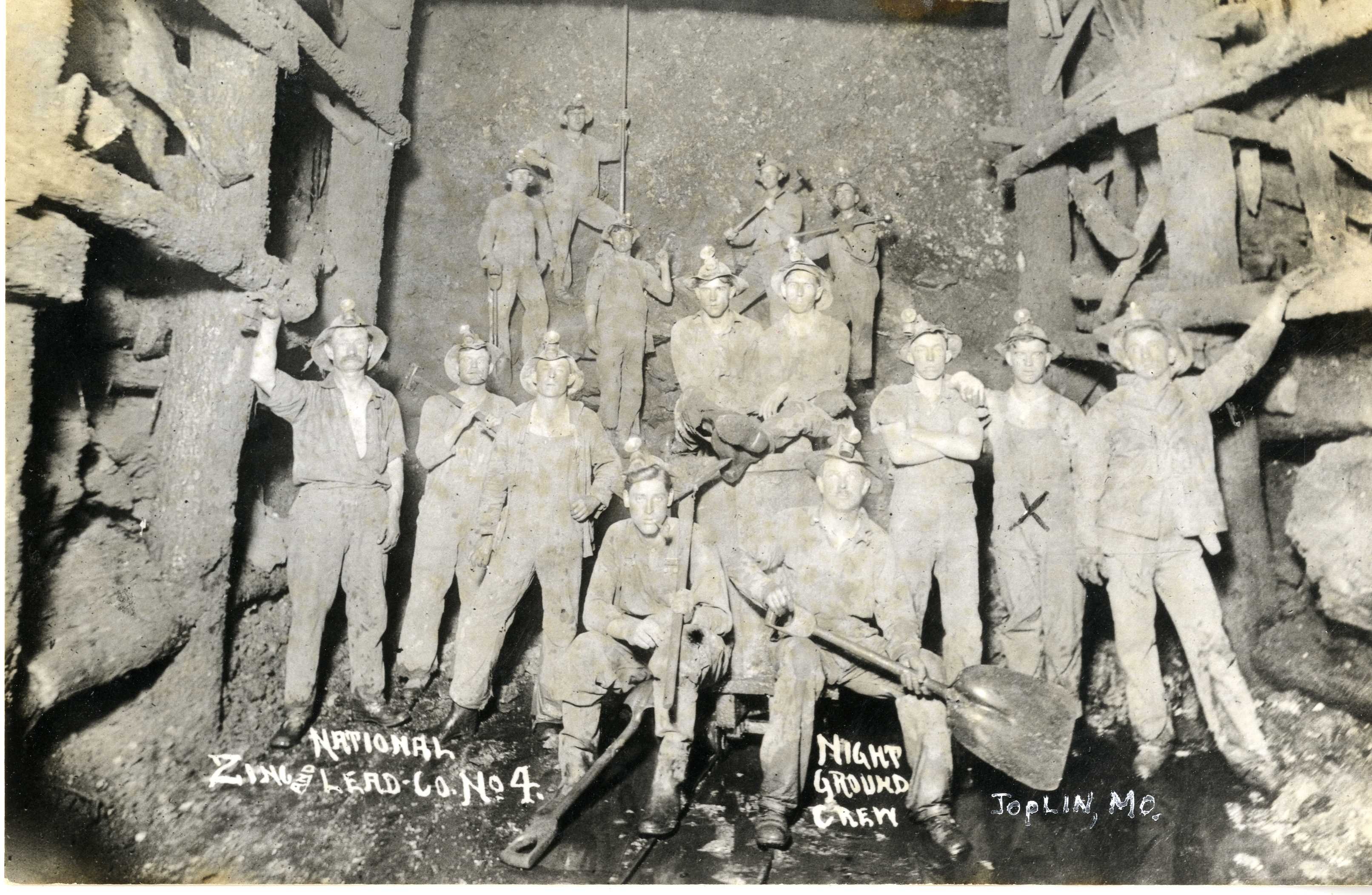 The Night Crew gathers for a photo inside National Zinc and Lead Co. No. 4 mine in Joplin, Missouri. Date unknown. 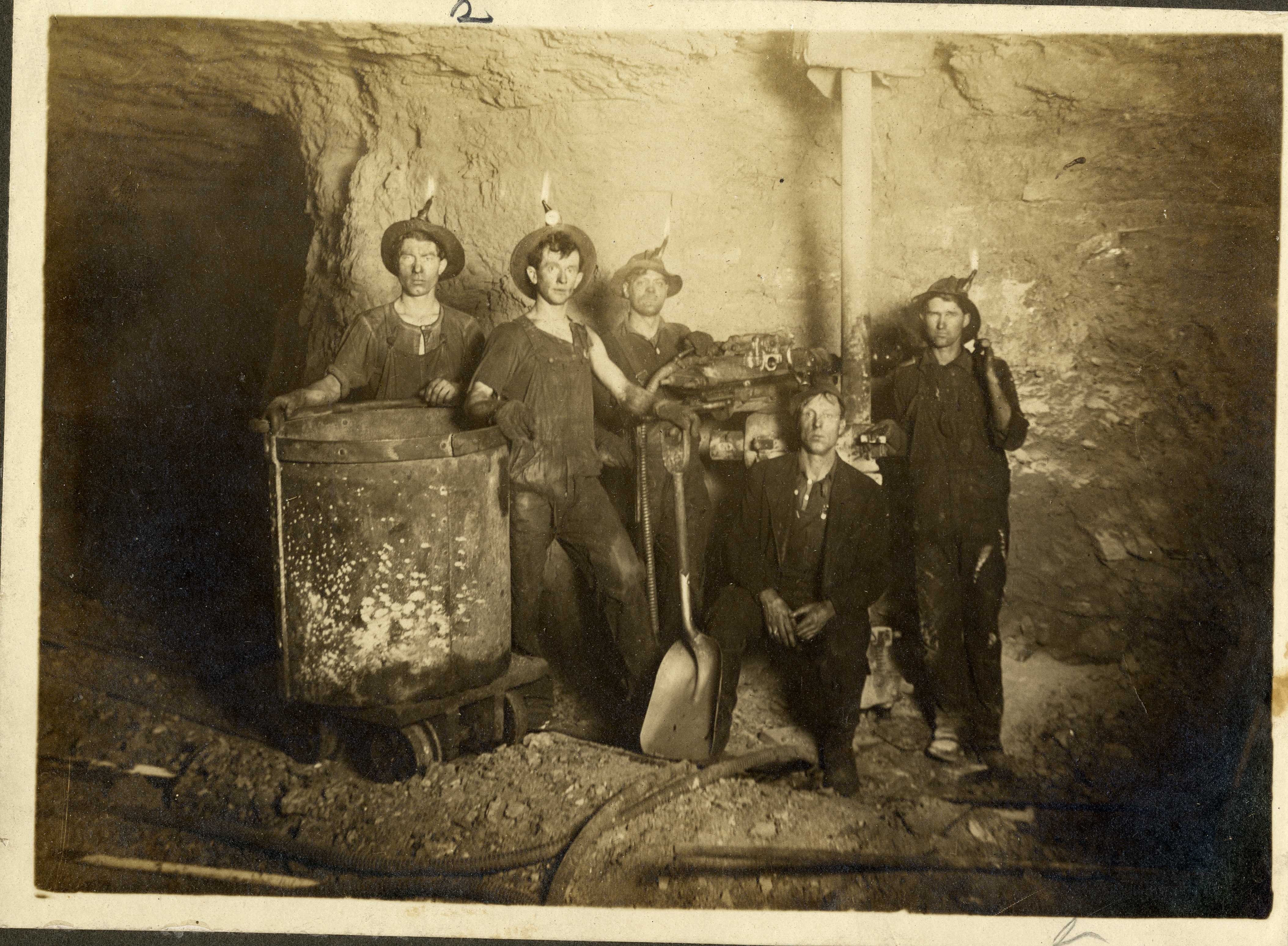 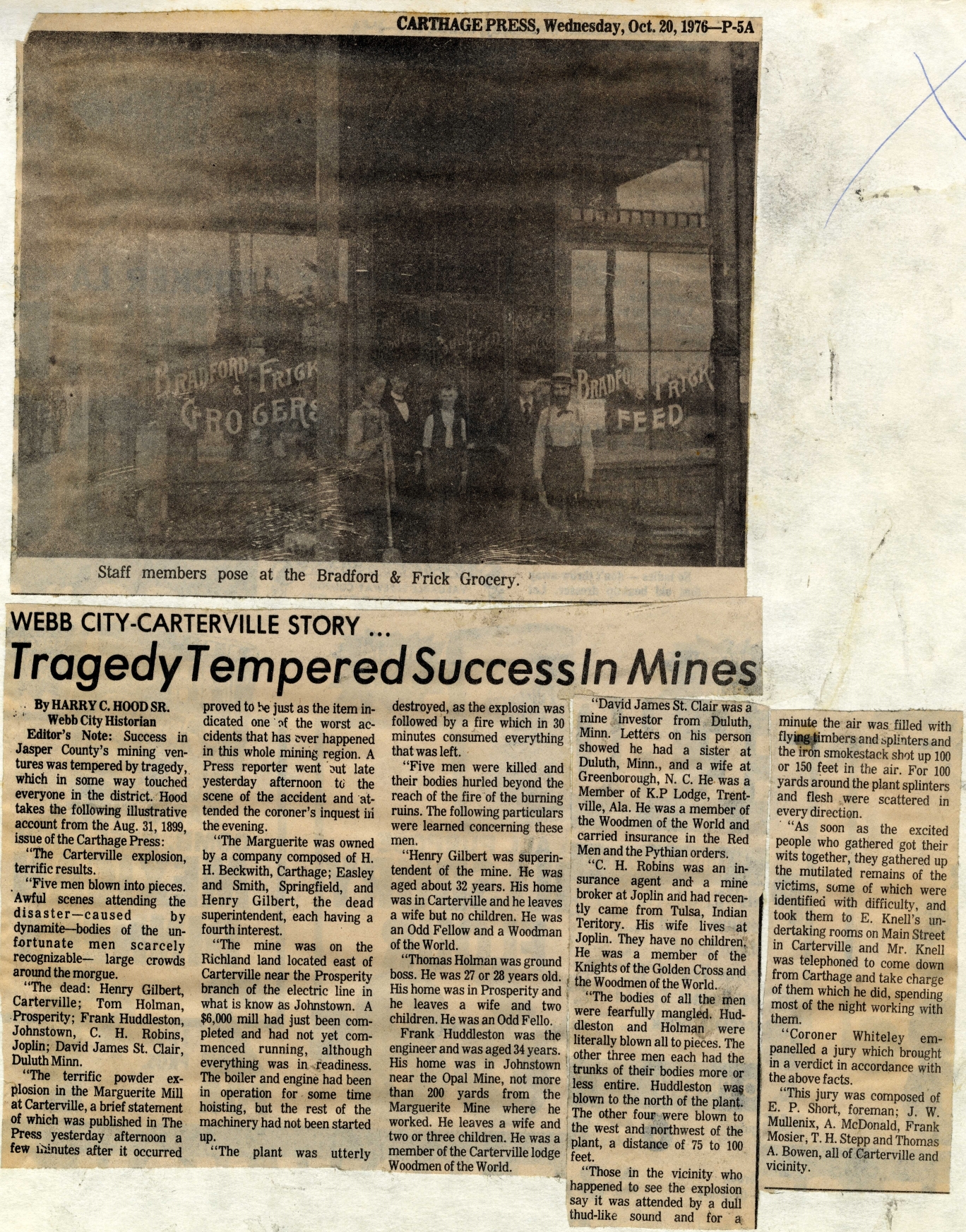 News article about a mining disaster