Mabel Bailey (Sellars) is the wife of Edward Bailey and the mother of Carroll Bailey. Mabel Bailey was born in 1898 in Carthage, Missouri, she grew up quite wealthy. During the great depression the Sellars family went on vacations, camping trips and horseback riding. They had a nice home and nice clothing. She ended up marrying Edward in 1919. Afterwards she followed him everywhere, eventually even moving to China. Mabel in 1979 became the last soul member of the Bailey Family. With her death in 1985, the collection was donated here to Missouri Southern. 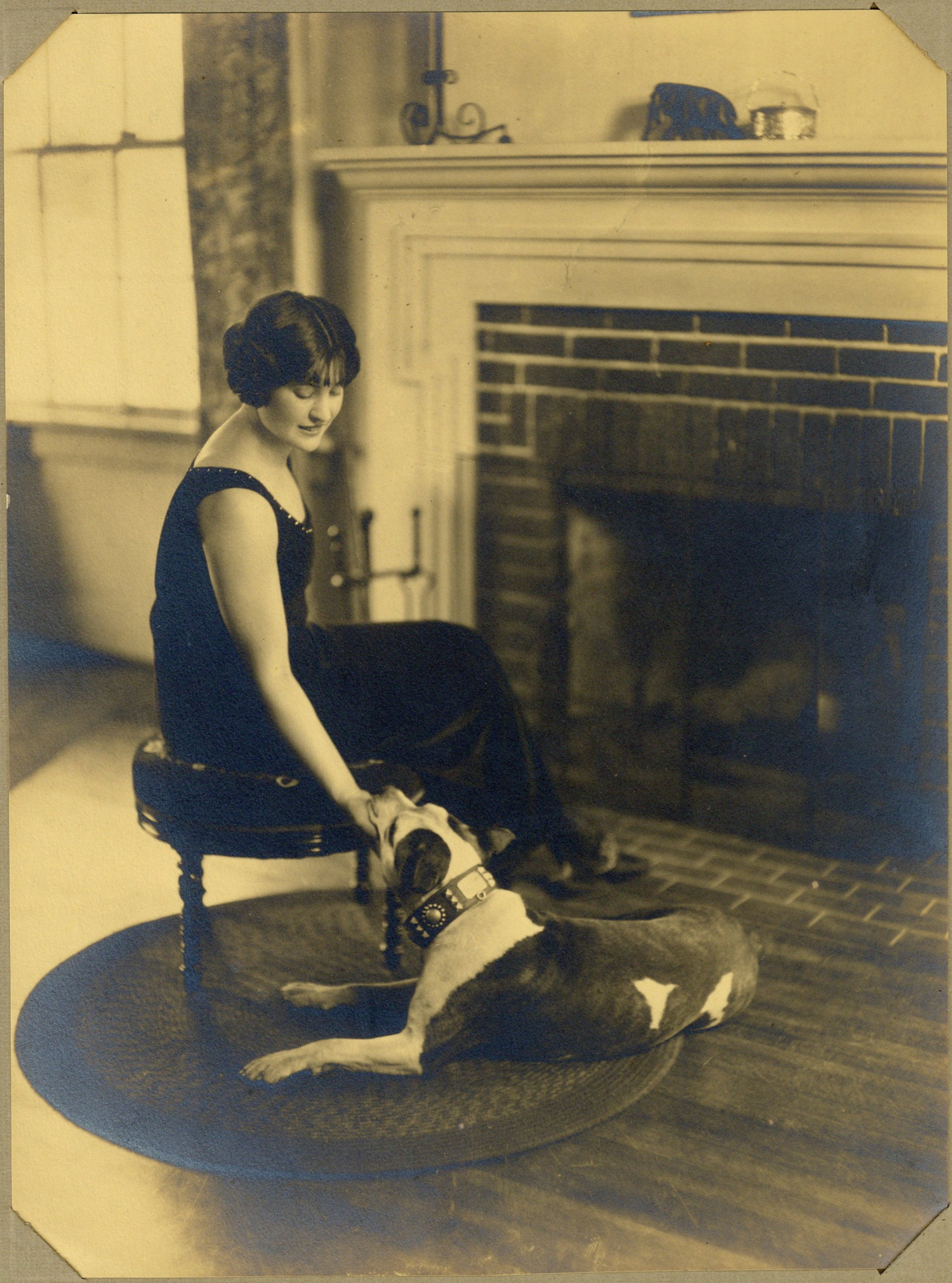 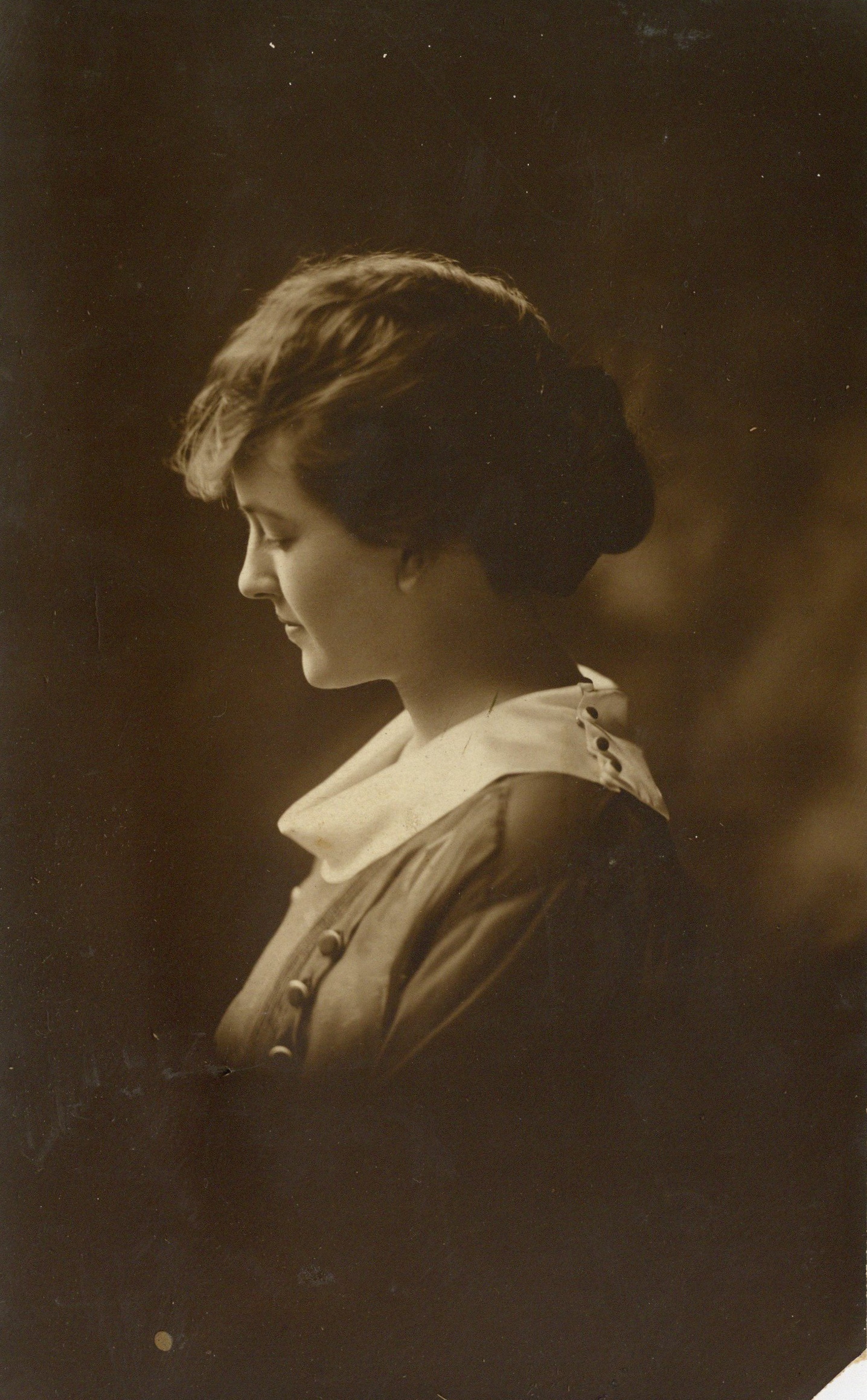 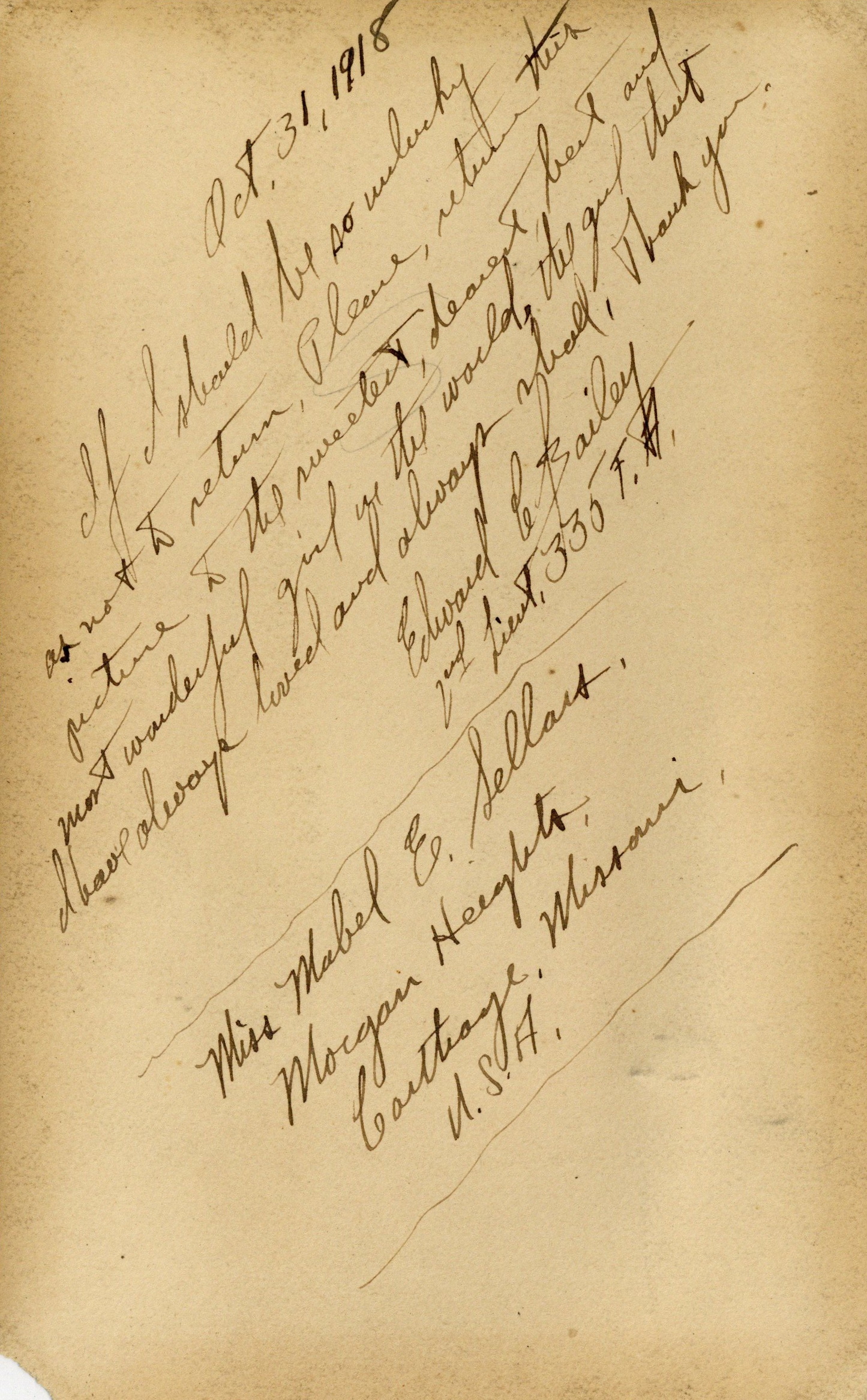 If I should be so unlucky as not to return, please, return this picture to the sweetest dearest best and most wonderful girl in the world, the girl that I have always loved and always shall, thank you. 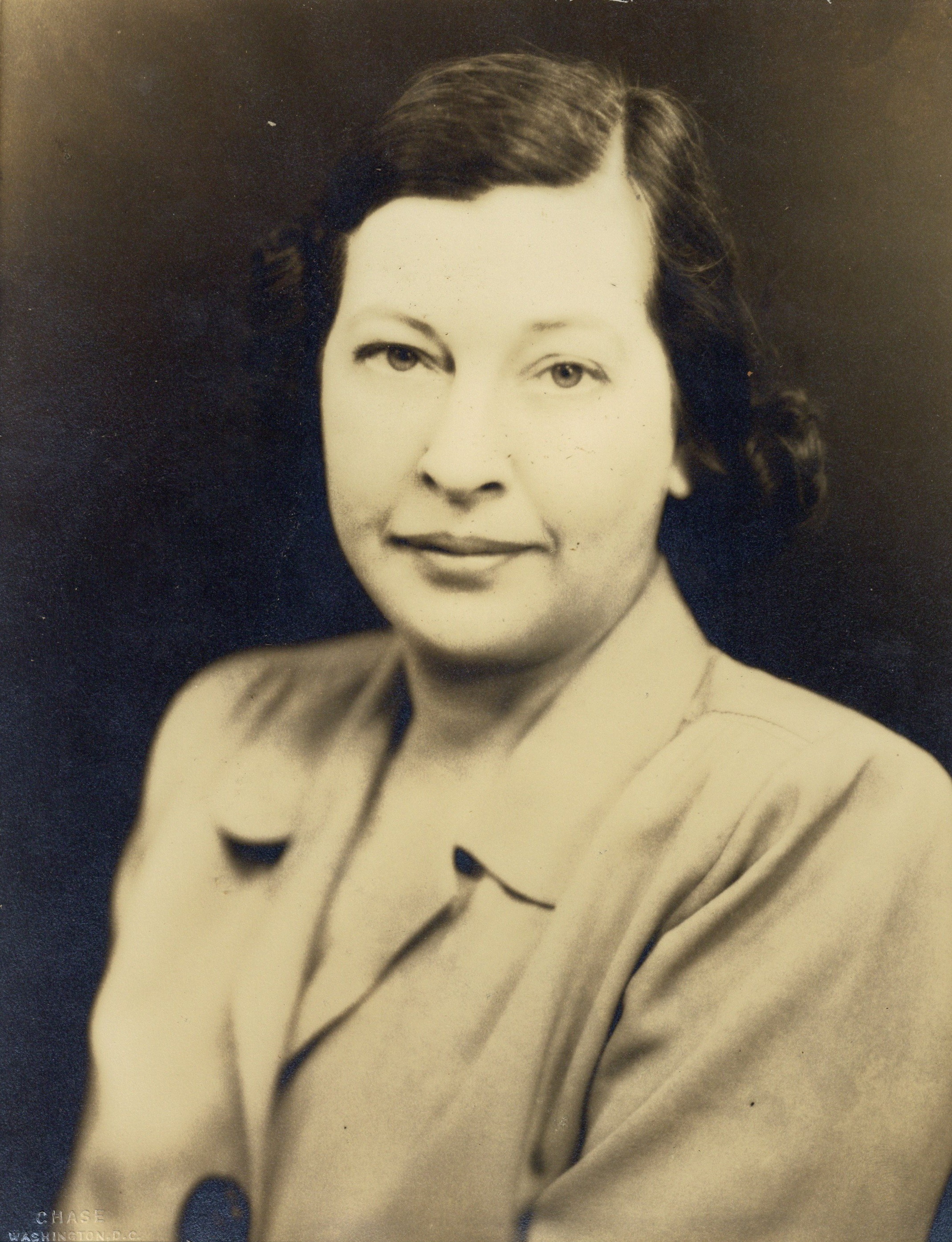