At the conclusion of the war Hughes returned to Joplin to continue to practice law. Hughes first became connected with the newspapers in Joplin when he was retained to negotiate a newsprint contract. The Joplin Globe had been experiencing union difficulties with the firm supplying the paper for newsprint, an item of considerable importance to any newspaper. Hughes spent fourteen months traveling the United States and Canada contacting all major newsprint manufacturers. Hughes also went to Washington D.C. to testify before a congressional committee where he gave them firsthand information on the shortage of newsprint. A contract was secured with Abitibi Paper Company in Toronto, Canada.  He negotiated a settlement and continued to do labor-relations work for the publishers, eventually joining the company full-time as assistant to the general manager in 1951. He became general manager in 1956. Hughes later would become the president of the Joplin Globe in 1964.

Under the direction of Mr. Hughes the Joplin Globe had major changes. In July of 1965, a Monday morning edition was added to the Globe making it a seven day newspaper. Hughes felt the readers of the paper wanted a Monday edition, and advertising had increased to the point where the expense involved could safely be underwritten. The new morning edition also involved additions to the news staff and mechanical departments of the paper. The Sunday Globe featured “show times”, which was produced and an edited supplement that began in the spring of 1965. This sixteen page tabloid offered local entertainment, book reviews, record and travel columns, and television and movie features. Also in 1965, the Joplin News Herald was completely revamped typographically. It got a new headline type and layout format plus the addition of an editorial page. Under the guidance of Mr. Hughes, the Saturday editions of the Globe and News Herald were consolidated into one edition. The morning Globe increased its district news coverage and out of state news coverage. Considering Joplin is in the 4-state area (Kansas, Missouri, Oklahoma, and Arkansas), both the Globe and News Herald served the districts in these states. Hughes made the Globe news coverage to make it more of a district paper. 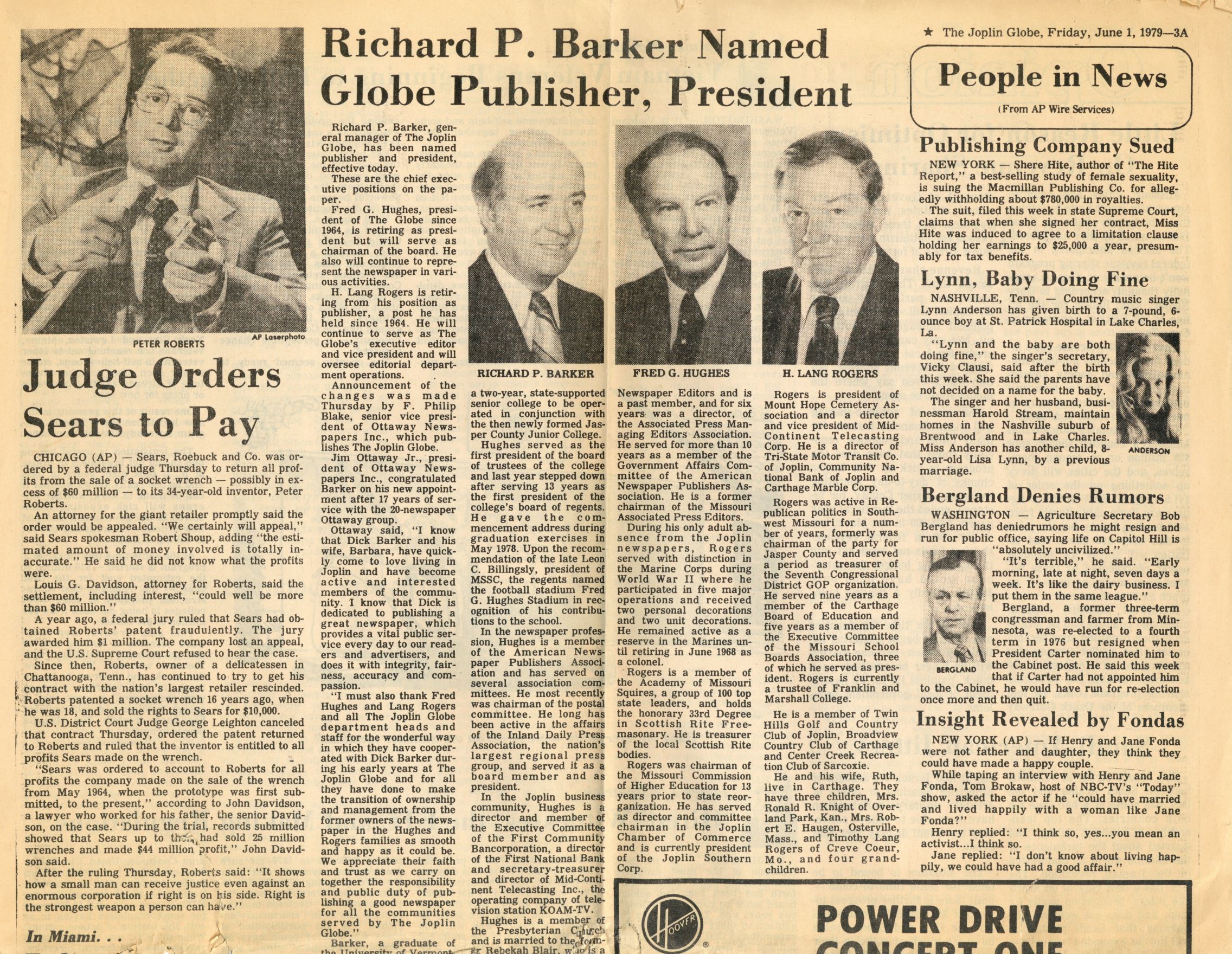 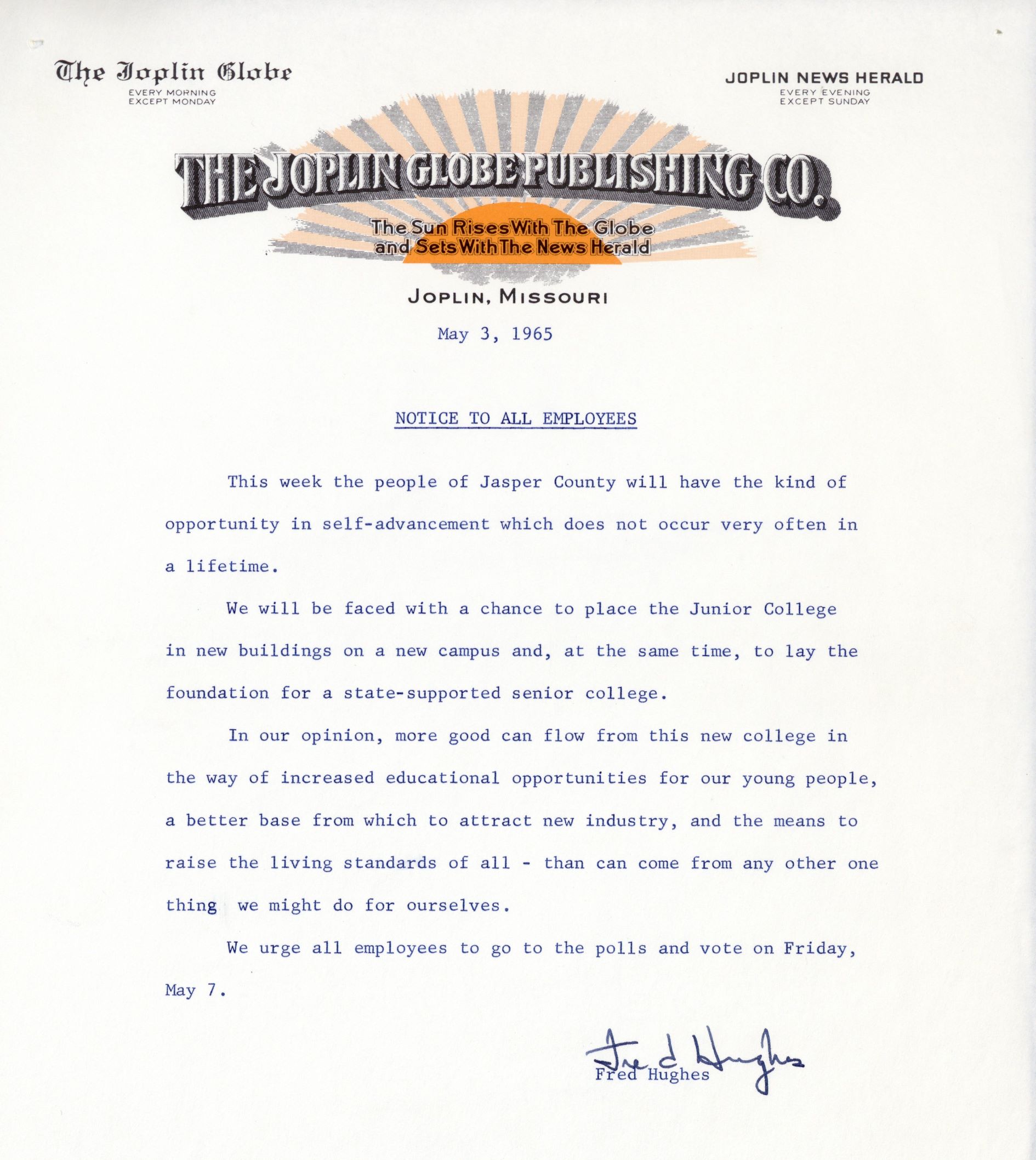