The Accusation: Forbidden Stories from Inside North Korea

The Accusation is a deeply moving and eye-opening work of fiction that paints a powerful portrait of life under the North Korean regime. Set during the period of Kim Il-sung and Kim Jong-il’s leadership, the seven stories that make up The Accusation give voice to people living under this most bizarre and horrifying of dictatorships.

The characters of these compelling stories come from a wide variety of backgrounds, from a young mother living among the elite in Pyongyang whose son misbehaves during a political rally, to a former Communist war hero who is deeply disillusioned with the intrusion of the Party into everything he holds dear, to a husband and father who is denied a travel permit and sneaks onto a train in order to visit his critically ill mother.

Written with deep emotion and writing talent, The Accusation is a vivid depiction of life in a closed-off one-party state, and also a hopeful testament to the humanity and rich internal life that persists even in such inhumane conditions.

The Accusation: Forbidden Stories from Inside North Korea Book Cover 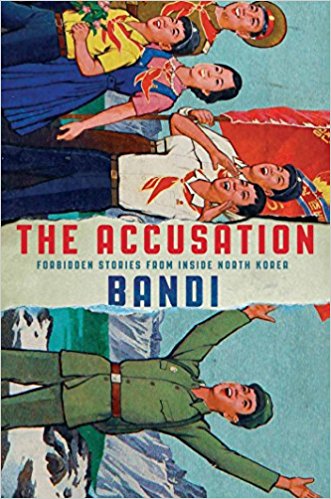 Deborah Smith, translator of recent Korean fiction, including The Accusation by “Bandi” and Han Kang’s best-selling The Vegetarian, will join us live via Skype from Great Britain for a discussion of The Accusation, contemporary Korean fiction and the challenges of translation. Ms. Smith’s talk will be followed by a question-and answer session with Missouri Southern faculty, students and guests. This will be a unique opportunity to learn more about the creation and translation of the collection of North Korean stories chosen by the Department of English and Philosophy as a common reader. 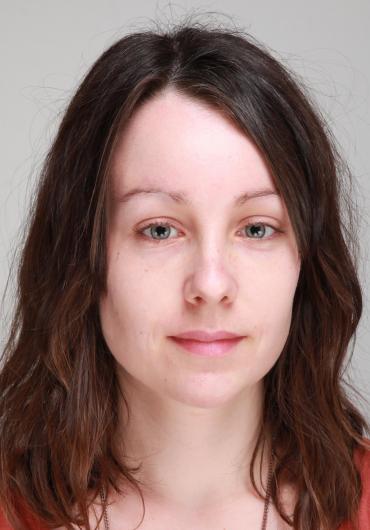 About the Author & Translator

Bandi, a name derived from the Korean for “firefly,” is a pseudonym for a writer who is still living in his homeland of North Korea. The Accusation is his only published book to date.

Deborah Smith is the Man Booker International Prize–winning translator of The Vegetarian by Han Kang and many other books. including, The Accusation.