Immerse yourself in the very popular Nordic Noir genre by taking part in a book club for all readers and co-hosted by the English honor society Sigma Tau Delta.

Pick up a copy of Jar City: A Reykjavík Thriller by Arnaldur Indridason in Webster Hall 337 (while supplies last) and join us on the fourth Wednesday of every month at 5:30 p.m.

This book club is open and free to the public, and snacks will be provided. 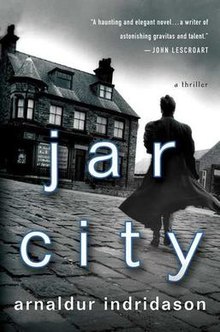 When a lonely old man is found dead in his Reykjavík flat, the only clues are a cryptic note left by the killer and a photograph of a young girl's grave. Inspector Erlendur discovers that many years ago the victim was accused, but not convicted, of an unsolved crime, a rape. Did the old man's past come back to haunt him? As Erlendur reopens this very cold case, he follows a trail of unusual forensic evidence, uncovering secrets that are much larger than the murder of one old man.