A Tughra, a Sultan's Seal 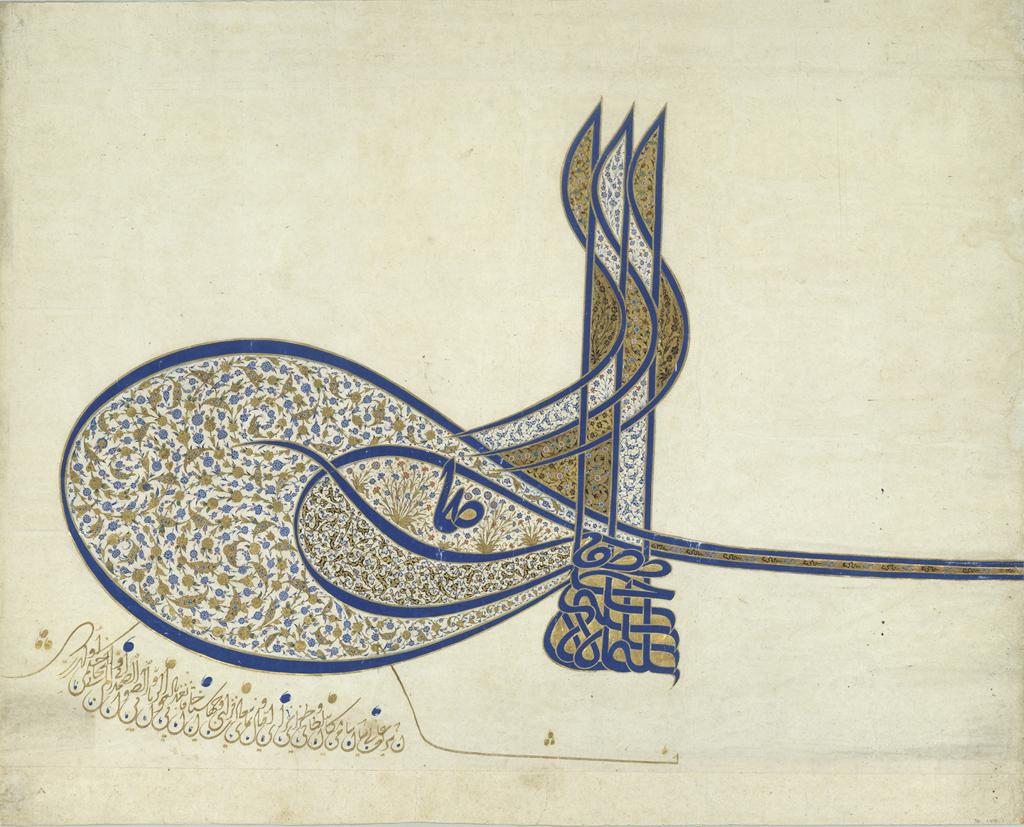 (This image is from the Tughra of Sultan Sulaiman the Magnificent from 16th century Istanbul, Turkey. Image source: Metropolitan Museum of Art via ARTstor)

Map of the Ottoman Empire 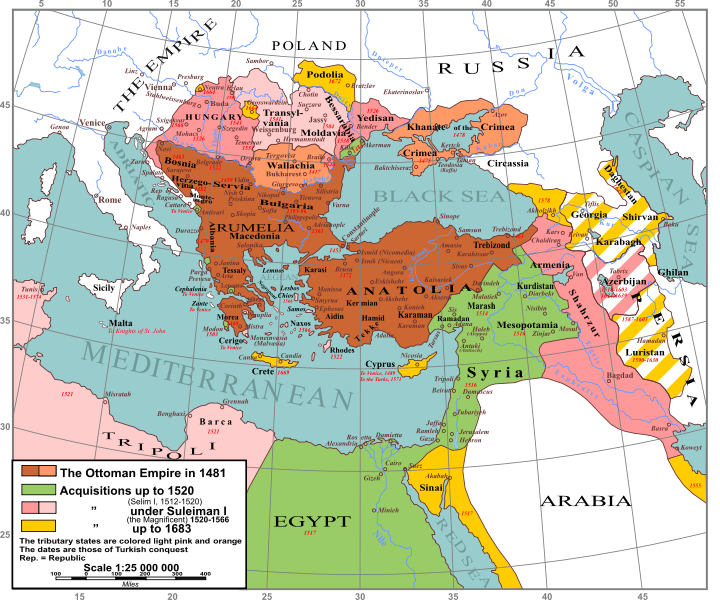 Lasting from the 13th century to the early 20th, the Ottoman empire was a significant military and political force. Famous for its patronage of art and architecture, and the millet system for organizing non-Muslim minority life, the military prowess of the janissaries, the breadth and efficiency of the Ottoman bureaucracy at its peak, is unparalleled.