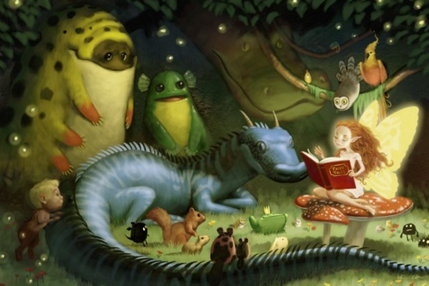 A fairy tale is a kind of folktale or fable which, although the name would suggest otherwise, does not have to include fairies!

The fairy tale characters will encounter marvellous and magical objects and events - a talking mirror, a frog that turns into a prince, a pumpkin that turns into a carriage, a lamp that is home to a genie or a giant that lives up a beanstalk.

Fairy tales can be found in almost any culture around the world.   Amazingly, for example, Cinderella stories can be found in countries as distant as Egypt and Iceland as well as in China, England, Korea, Siberia, France and Vietnam to name but a few.

What is a fairy tale? 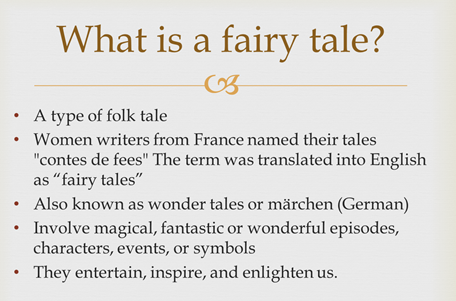 Find more information about what a fairy tale is by clicking on the link below.

Fairy Tales at the Movies

Find out about some recent fairy tale movie successes:

A trailer for the movie 'Frozen' Disney's 2014 film 'Maleficent' - which traditional fairy tale is this based on? A new fairy tale movie for 2015 - Disney's Cinderella