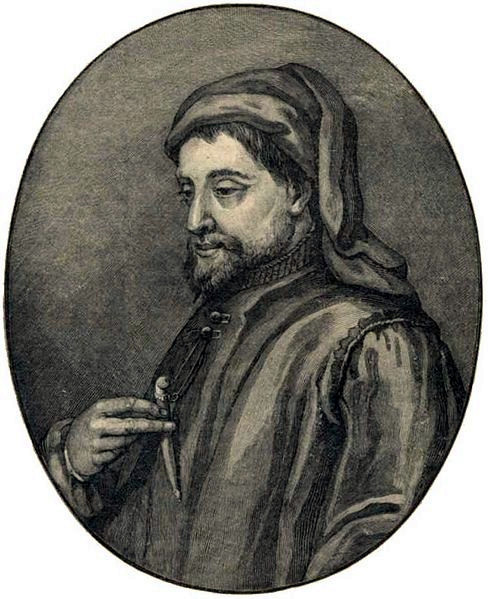 Much of the content in this guide was created by Ted Bergfelt, Gumberg Library, Duquesne University.

Chaucer, Geoffrey (1343–1400), is one of the greatest English poets, whose masterpiece, The Canterbury Tales, was one of the most important influences on the development of English literature. His life is known primarily through records pertaining to his career as a courtier and civil servant under Edward III and Richard II.

Chaucer wrote for and may occasionally have read his works aloud to a select audience of fellow courtiers and officials, which doubtless sometimes included members of the royal family. His first important original work, The Book of the Duchess, is an elegy for John of Gaunt’s first wife, Blanche, who died in 1369. Chaucer also translated and adapted religious, historical, and philosophical works.

Chaucer greatly increased the prestige of English as a literary language and extended the range of its poetic vocabulary and meters. He was the first English poet to use iambic pentameter, the seven-line stanza called rhyme royal, and the couplet later called heroic. His system of versification, which depends on sounding many e ’s in final syllables that are silent, or absent, in modern English, ceased to be understood by the 15th century. Nevertheless, Chaucer dominated the works of his 15th-century English followers and the so-called Scottish Chaucerians.

For the Renaissance, he was the English Homer. Edmund Spenser paid tribute to him as his master; many of Shakespeare’s plays show thorough assimilation of Chaucer’s comic spirit. John Dryden, who modernized several of the Canterbury tales, called Chaucer the father of English poetry. Since the founding of the Chaucer Society in England in 1868, which led to the first reliable editions of his works, Chaucer’s reputation has been securely established as the English poet best loved after Shakespeare for his wisdom, humor, and humanity.

Learn the basics in this Companion text